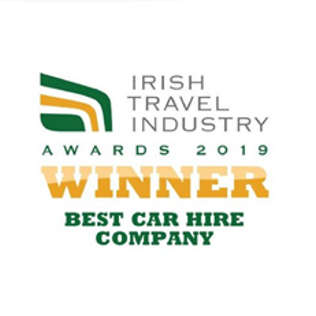 Hertz Ireland was the proud recipient of the Best Car Hire Company award for the sixth consecutive year at the 2019 Irish Travel Industry Awards, held recently in Dublin.

The Irish Travel Industry Awards are the pinnacle of the Irish Travel Trade calendar, with suppliers of all aspects of the industry hoping to claim the most coveted award in their field.

Sean Boland, Company Director, Hertz Ireland said: “On behalf of our team at Hertz, I would like to thank the Irish travel trade for voting us Best Car Hire Company for the sixth time.  I am delighted that the team has received the recognition for their hard work throughout the year.”

In the same week, Hertz Ireland was in attendance at The Holiday World Show, the main trade show in Ireland.  They enjoyed their usual strong presence both at the show and on social media, showcasing a Hertz-branded vehicle which was parked in a prominent spot by the main entrance all weekend.